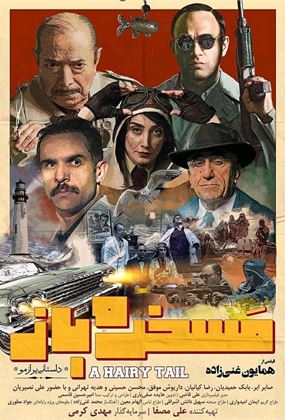 Danesh works at a small barbershop, but his true calling is to become an actor. Manfred promises to act as his agent and introduce him to a famous director, if Danesh gathers enough long hair to make a wig. At the same time, murders are being committed in the city. Detective Kiani is here to investigate and as he says: it’s a messy situation. Homayoung Ghanizadeh pays tribute to the surrealism of his favourite playwrights in a delightful, bizarre black comedy which won the 37th Fajr Film Festival last year.